In 1967, in the shadows of Columbia, Dr. King shifted the world again. 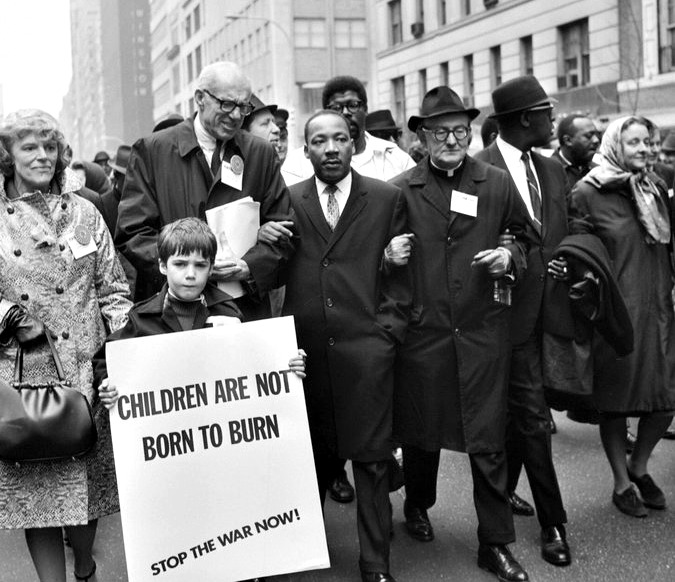 Fifty-years ago in April 1967, the Reverend Dr. Martin Luther King, Jr., delivered one of his most memorable, if not controversial sermons, at Riverside Church just steps away from the Columbia University campus. That night Dr. King shocked the world and his followers when he voiced compelling opposition to the war in Vietnam and to U.S. supported violence at home and abroad.

Many in the Columbia community and Harlem area were moved and motivated by Dr. King that night. Today Riverside Church, in collaboration with Iliff School of Theology at the University of Denver, revisits this historic moment throughout the coming year. The late Dr. Vincent Harding, author of the Beyond Vietnam sermon, was on the Iliff school faculty prior to his passing. See BeyondTheDream50.org for ongoing events.

Riverside Church marked the anniversary in Morningside Heights with a program that included audio and live recitations from Dr. King's sermon. Pastor Amy Butler, Senior Minister of Riverside Church, stated that it was students at Union Theological Seminary who invited Dr. King. The response was so great, it was decided to move his address to Riverside Church.

The anniversary program attended by hundreds also featured a conversation between civil rights attorney and author Michelle Alexander, visiting professor at Union Theological Seminary, and Ruby Nell Sales, activist, educator and public historian. Ms. Nell Sales reminds us today that King's presentation in 1967 was not a speech. It was a sermon, with Dr. King giving witness as a preacher, not a politician. She said his groundbreaking work in social justice theology was "essential to redeem the soul of America."

Several national publications have paid fitting tribute to this moment that shifted the course and momentum of the anti-war movement: