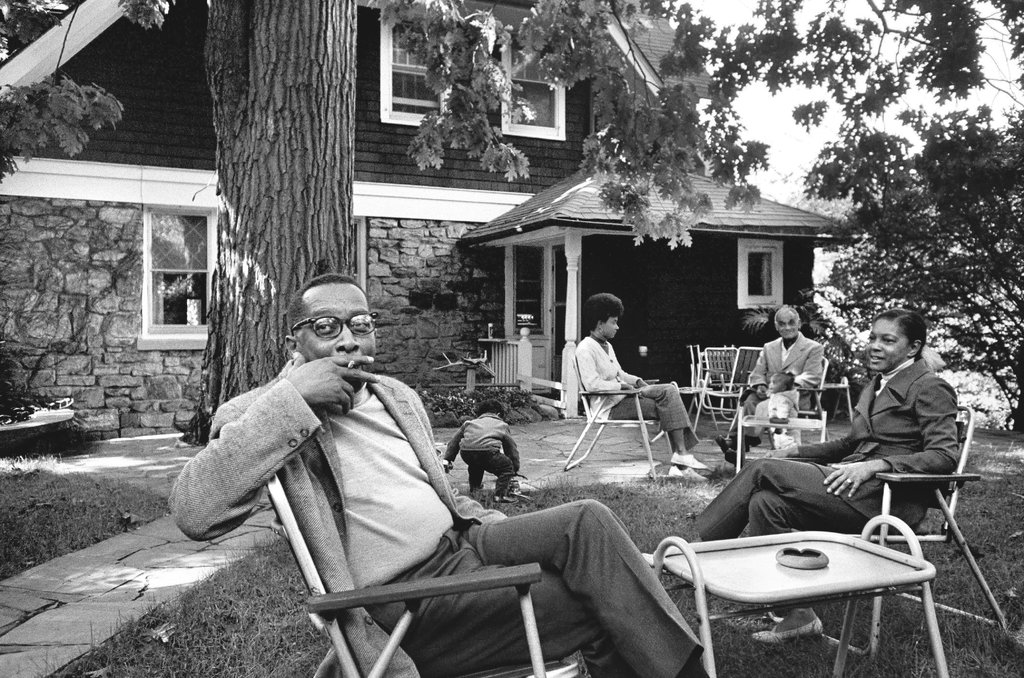 The New York Times features Kenneth B. Clark, the first African-American to earn a doctorate in psychology at Columbia University in their series on unpublished black history.

A Scholar at Ease in the Suburbs

By 1969, Kenneth B. Clark had appeared in The New York Times many times, but not like this: at ease, with a cigarette between his lips, as he relaxed with his family in the garden outside his comfortable suburban home in Hastings-on-Hudson, a predominantly white community.

Dr. Clark was a prominent psychologist, scholar and educator. His pioneering research on the destructive effects of school segregation was invoked by the United States Supreme Court in its 1954 Brown v. Board of Education ruling, which deemed segregated schools unconstitutional.

He was the first black president of the American Psychological Association, the first African-American to earn a doctorate in psychology at Columbia University, the first to become a tenured instructor in the City College system of New York. As a national authority on integration, Dr. Clark was consulted by mayors, governors and members of Congress. It is no surprise that his photograph appeared in our pages.

But this image, which has never been published until now, reflects a facet of his life that remained unexplored by The Times back then: how he incorporated his public vision of an integrated society into his personal life. In 1950, Dr. Clark moved his family from Manhattan to the predominantly white suburbs in Westchester County, decades before large numbers of African-Americans embarked on their suburban migration.

He did so for the same reason that many white professionals decamped from New York City: He wanted better schools for his children. The segregated schools in Harlem were still failing, he explained, despite his efforts to improve them. “My children have only one life,” he said.

This photograph was intended to accompany an article about “middle-class Negroes in suburbia.” The article never ran. But the picture, taken by Eddie Hausner on Oct. 6, 1969, offers a fascinating glimpse of the noted psychologist, who was 55 at the time. The scene looks idyllic. And in some respects, Dr. Clark’s suburban life was idyllic.

The renowned sculptor Jacques Lipchitz, who had a studio in the village, was a friend. The Rev. Dr. Martin Luther King Jr. and James Baldwin were houseguests. Visitors described a home filled with books and African art. “A pleasant place, a pleasant suburb,” said Dr. Clark, describing what first drew him to Hastings-on-Hudson.

But there was a flip side. His daughter, Kate Harris, who appears in this photo, later described feeling cut off and out of place among whites in the community who never fully accepted her. She said she was “good enough” to be named president of her class, but not good enough to be invited to the homes of her white friends for dinner.

Dr. Clark never abandoned his faith in the power of integration, despite his disappointment with the slow pace of change. He didn’t give up on his Westchester suburb, either. In 2005, at the age of 90, he died right here, at home.