The Honorable Walter Rivera ‘76CC is appointed to the New York State Court of Claims.

Judge Walter Rivera was appointed by Governor Cuomo and confirmed by the New York State Senate to the New York State Court of Claims in June 2017. Walter has served on the bench previously as Town Justice at the Greenburgh Town Court in Westchester County.

An accomplished and well-respected attorney, Columbia alumni from the foundational classes of color, as well as subsequent classes, know Walter as a tireless mentor and friend to the Columbia community.

Below Walter is pictured on campus with classmates at Jam 2016 (standing fourth from the right and next to former Governor David Patterson ‘77CC).

Judge Rivera received his law degree from University of Pennsylvania and began his legal career as a law clerk for the New York State Court of Appeals. He then served as an assistant attorney general under former NYS attorney general Robert Abrams. Subsequently Walter maintained a successful private practice for many years. 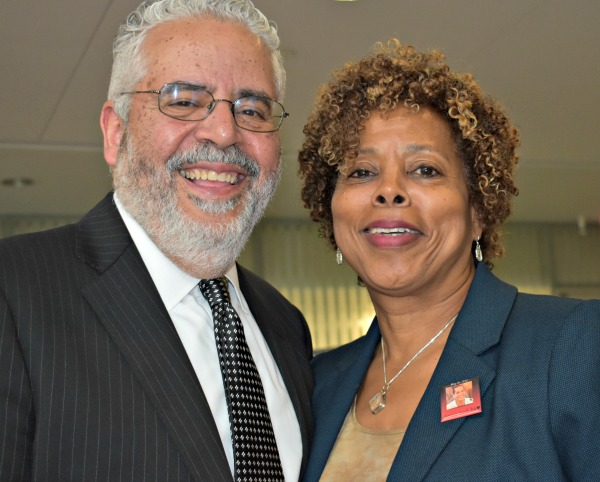 In addition to his dedicated support of Columbians, Judge Rivera has been active in the greater community. He previously directed a countywide program to assist law school applicants from disadvantaged backgrounds gain access to law school. He serves on the Board of Directors of the statewide Latino Judges Association and has been an adjunct professor of law at Pace University and the College of Westchester.

Walter is pictured above at Barnard College during the recent memorial gathering for the late Judge Sheila Abdus-Salaam '74BC '77LAW.